This is the highest award of the Society, presented annually to an individual who has made an outstanding contribution to the progress of Andrology. 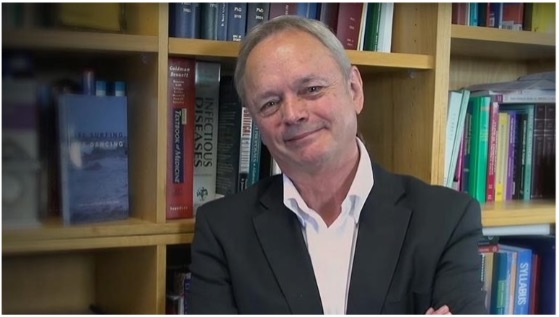 Dr. Aitken has spent a lifetime studying the cell biology of mammalian spermatozoa and the role of defective sperm function in the etiology of male infertility. He has pioneered the concept that oxidative stress significantly impedes the functional competence of spermatozoa and was the first to demonstrate that the excessive generation of reactive oxygen species contributes to infertility in our own species. He has played a leading role in identifying the sources of these toxic metabolites, their role in triggering peroxidation of the sperm plasma membrane and the way in which aldehydes generated during this process contribute to the loss of sperm function. He has also highlighted the importance of free radical attack in the modification and destabilization of sperm DNA and the role that such damage plays in defining the mutational load subsequently carried by the progeny. His group has recently defined the genomic domains in spermatozoa that are vulnerable to such attack and emphasized the connection between oxidative damage to these domains and the appearance of pathology in the offspring.

In addition to his extensive publications revealing the role of oxidative stress in the etiology of defective sperm function, he has made fundamental discoveries relating to other aspects of sperm cell biology. With colleagues Brett Nixon and Mark Baker, Dr. Aitken has unravelled novel pathways involved in both sperm viability and sperm-egg recognition. Dr. Aitken was also instrumental in promoting the use of proteomics as a tool to understand the fundamentals of sperm biology, publishing the first extensive proteomic inventories for human, rat and mouse spermatozoa that have been used as a resource by the field for several years. With colleague Zamira Gibb, Dr. Aitken has extended his research into domestic animals, developing novel methods for the selection, assessment and long-term storage of equine and bovine spermatozoa that are now being commercialized by the German veterinary company, Minitübe.

Dr. Aitken ’s individual research contributions are presented in over 650 books, book chapters and journal articles that have been cited around 50,000 times, generating an h-index of 115, with his top cited articles referenced over 1000 times. He has built a Priority Research Centre in Reproductive Science at the University of Newcastle that has a strong focus on Andrology and mentored a new generation of scientists with a committed interest in this field. Dr. Aitken has personally supervised 43 PhD students (9 current) and brought in more than $50 million in research funding. With colleagues from the University of Queensland, University of Melbourne and Monash University he also established and Directed an ARC Centre of Excellence in Biotechnology and Development that, again, had a strong emphasis on andrology.

Dr. Aitken has served our discipline as President of the International Society of Andrology, as a member of the editorial boards of several andrology journals (Journal of Andrology, Asian Journal of Andrology, Basic and Clinical Andrology) and as Chair of a WHO task force dealing with male fertility regulation – a theme that continues today through an international network of collaborations involving companies and funding agencies working in this area including Eudaemon, Ferring Pharmaceuticals and the Found Animals Foundation.

In recognition of his exceptional scientific contributions to the field of Andrology, outstanding leadership in the ASA and broader scientific community, and commitment to advancement of science in male reproductive health, the American Society of Andrology is pleased to award its highest honor, the Distinguished Andrologist Award to Dr. John Aitken.