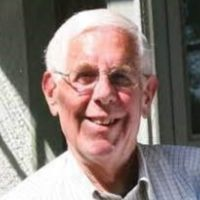 The American Society of Andrology, the Endocrinology Society and the medical field lost on December 16, 2022 one of its significant contributors to the understanding of the LGBTQ world and physicians’ role in managing medical needs and emotional support of those dealing with sexual dysphoria and gender incongruity. He anticipated the importance and needs of our patients and provided leadership in this aspect of endocrinology and Andrology.

Wylie was Professor of Medicine at the College of Physicians and Surgeons at Columbia University where he served as a compassionate physician and scholar who published widely in the endocrine field.

Wylie is remembered by so many as the Chair of The Endocrine Society Task Force on Transgender Care and author of that society’s Clinical Care Guidelines on transgender care (2017). This guideline brought one of the first widely distributed insights on how the medical system and individual caregivers could help in the transitions of so many “patients” and community members.

Many of the members of the ASA knew Wylie as a warm and generous friend who could share an evening of enthusiastic and thoughtful discourse on the progress we have made in understanding and managing the needs of the LGBTQ community, many other aspects of Andrology, as well as his love of music. As a widely respected Endocrinologist and Andrologist, he was a strong advocate for his many patients and was equally interested in the personal lives of friends and students and their medical and scientific careers.

Wylie is survived by his wife, Christina Hembree and daughter, Amanda Hembree.