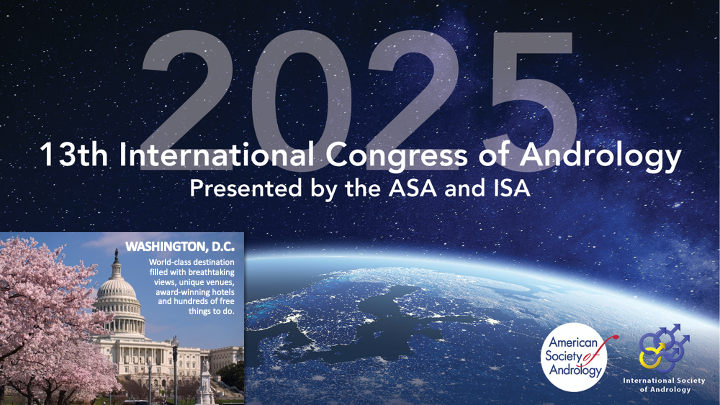 The American Society of Andrology (ASA) is pleased to announce that we have been awarded the bid to host the 13th International Congress of Andrology (ICA) in 2025 in Washington, D.C.

During the recently concluded 2020 ICA meeting, the ISA voted to approve the ASA to host the 13th ICA in April 2025.  Highlights of the ICA bid include:

This is an exciting initiative for ASA at a critically important time for our discipline, and a unique opportunity for us to lead and bring the global andrology community together for a highly visible event in Washington, D.C.  The ASA bid represented a proposal on behalf of the Americas and sister societies in North and South America.

The last ICA meeting in North America was the VIIth meeting hosted in Montreal in 2001.